Shepastor: “Having Faith: The Long View…” 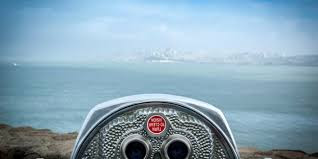 In the words of the late Dr. Elton Trueblood, every generation has the bittersweet task of “planting shade trees under which we know full well we shall never sit.” To plant them with joy or resentment is a choice. Pride, pain, regret, and bitterness at times prevent persons with a wealth of wisdom and experience from helping those who are coming after. If individuals are honest, it can be hurtful to realize and accept that some ceilings will not be broken during our lifetime…some bridges still won’t get crossed, some doors still will remain closed and some opportunities still may not happen. We are still blazing trails, as it were. We can, however, take the proverbial mallet in our hands, determine to join together, and beat upon ceilings, keep knocking on doors and keep pressing towards the mark. Harlem Renaissance writer Zora Neale Hurston declared, “Mama exhorted her children at every opportunity to ‘jump at de sun.’ We might not land on the sun, but at least we would get off the ground.”

The people of God must decide that the hardships that at times must be endured will not embitter us but instead will embolden us to help bring about a change. Change is not something that happens quickly, easily or without struggle and sacrifice. The people in our text all, in one way or another, through faith fought to bring about change. Whether facing oppressive giants, or fighting to end unjust systems of slavery or fighting to save children, families or nations, by faith, they pressed on. James Russell Lowell, in the Boston Courier, December 11, 1845 penned these famous words: (the last stanza declares…) 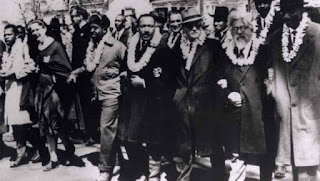 Dietrich Bonhoeffer had to take the long view to stand up against the atrocities of the Nazi regime as Hitler sought to annihilate the Jewish nation. Sometimes faith urges you, presses you, convicts you, compels you, empowers you to stand for what is right even against seemingly insurmountable odds. Faith will embolden you, strengthen you, press you, push you to go beyond the boundaries of yourself and with God’s help seek to do something greater that will impact the lives of those yet unborn. It takes the long view…

If all we do is sing, “We shall overcome,” link arms, place wreaths on some tombs and silently march in remembrance then we will have failed our predecessors. We must do more than live in a past time paradise. We must do more than sing loud hosannas and read poetry. We must speak truth to power… we must educate and register people to vote. We must stand against unjust laws and systems that crush the lives of children and youth through failed educational systems, “for profit” prison systems, gang riddled, drug infested neighborhoods and over crowded class rooms with frustrated, overworked and under-payed teachers!

We may not get everything accomplished, but we must keep “jumin at de sun!” We may not see all that we are hoping to come to pass, but we must do all we can, while we can to lay the ground work for a better day ahead. 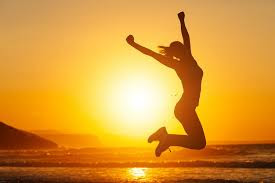 All these people earned a good reputation because of their faith, yet none of them received all that God had promised. For God had something better in mind for us, so that they would not reach perfection without us...

May we, like "these," be courageous and take the long view.