Shepastor: “Everybody Can’t Come in the Room!” 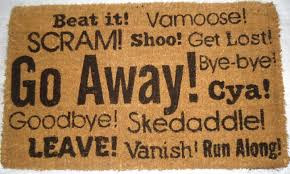 46 And Jesus said, Somebody hath touched me: for I perceive that virtue is gone out of me.
47 And when the woman saw that she was not hid, she came trembling, and falling down before him, she declared unto him before all the people for what cause she had touched him, and how she was healed immediately.
48 And he said unto her, Daughter, be of good comfort: thy faith hath made thee whole; go in peace.
49 While he yet spake, there cometh one from the ruler of the synagogue's house, saying to him, Thy daughter is dead; trouble not the Master.
50 But when Jesus heard it, he answered him, saying, Fear not: believe only, and she shall be made whole.
51 And when he came into the house, he suffered no man to go in, save Peter, and James, and John, and the father and the mother of the maiden.
52 And all wept, and bewailed her: but he said, Weep not; she is not dead, but sleepeth.
53 And they laughed him to scorn, knowing that she was dead.
54 And he put them all out, and took her by the hand, and called, saying, Maid, arise.
55 And her spirit came again, and she arose straightway: and he commanded to give her meat.
56 And her parents were astonished: but he charged them that they should tell no man what was done. Luke 8: 46-56, KJV

In this text, crowds of people were swarming around Jesus. They saw him heal and deliver the sick and those possessed by demons. They saw him feed the multitudes with two fish and five loaves of bread. They heard him teach like no other leader had taught. I imagine that the crowd was so thick that Jesus could barely walk! This was the scene when a broken, pain riddled, sick ostracized women said to herself, “If I may just touch the hem of his garment, I shall be made whole.” The scripture says that this woman had been sick for 12 years with “an issue of blood.” She had spent all of her money on doctors and they could not heal her. She was bleeding nonstop for 12 years! In addition to her extreme pain physically, this meant that no one would touch her. She was “ceremonially unclean.” In that day, when a woman was on her period, she had to separate herself for a specific number of days and then go and be declared “clean” by the temple priest when the bleeding stopped. She was not to be touched by her husband or other men. She had to go through a process of purification. Therefore, this nameless woman was by herself, cut off from the Temple, cut off from society, cut off from being among family and friends. But she knew that if she could just get to Jesus and touch his hem, she would be healed!

At the same time, a man of great respect, high position and wealth needed help from Jesus. His name was Jairus. We don’t know the name of the bleeding woman, but we are given Jairus’ name. His daughter was sick unto death and he fell down at Jesus’ feet, begging him to heal her. She was his only daughter. As Jesus begins to go with Jairus, he abruptly stops and says, “Who touched me?” Baffled by the questions, the disciples say, “Master, all these folks are pressing in on you and you are asking, “Who touched me?” Don’t miss this…Jesus said, “someone touched me because I felt virtue go out of me.” When we come to Jesus in faith and in our depth of need, it touches Jesus in a special way.

Lots of people were physically touching Jesus, but this woman made a connection with Jesus out of the depth of her need and the power of her faith that Jesus would do something for her. She expected that Jesus would heal her. She believed that even his garment was filled with healing power. In other words, she didn’t even presume that he would talk to her. She didn’t think that she needed to hold a conference with Jesus. She didn’t even expect that he would necessarily notice her, but she believed that even if she could touch that which was associated with Jesus, it would be enough to heal her.

When we out of the depth of our human suffering, need and struggle determine that we want to be healed from Jesus, we will reach for him, even to just touch his hem. Can you imagine this woman’s inner thoughts? “Do what you do Jesus, however you choose to do it, but just heal me! I don’t have to be in your inner circle, I don’t have to associate with great people, you don’t have to physically come to my house, just let me touch the hem of your garment Lord, and I shall be healed!” That woman’s faith drew power out of Jesus in a way that others did not. There was something different about her faith!

At the same time, this man of high status humbled himself in a way that his followers in the synagogue had probably never seen. This wealthy, highly positioned, distinguished leader did not care what others thought. He too just wanted a touch from Jesus. He was desperate. When you get desperate enough, pride will go out of the window. When you have a great need, all you care about is the healing, the deliverance, the break thru. Jairus wanted his daughter healed and he believed that Jesus could and would do it.

But while on the way to the house, someone came running out to tell Jairus and Jesus, “Don’t trouble yourselves any longer, your daughter is dead.” Can you imagine the shock, the disappointment, the pain of Jairus? But hear again how Jesus responded to the situation…

50 But when Jesus heard it, he answered him, saying, Fear not: believe only, and she shall be made whole.
51 And when he came into the house, he suffered no man to go in, save Peter, and James, and John, and the father and the mother of the maiden.
52 And all wept, and bewailed her: but he said, Weep not; she is not dead, but sleepeth.
53 And they laughed him to scorn, knowing that she was dead.
54 And he put them all out, and took her by the hand, and called, saying, Maid, arise.
55 And her spirit came again, and she arose straightway: and he commanded to give her meat.
56 And her parents were astonished: but he charged them that they should tell no man what was done.

These verses tell us that the very people who were pressing in to see Jesus really did not believe that with God all things are possible. Sometimes people just want to go along with the crowd, see some tricks, enjoy a party, get a thrill, but they don’t really believe that Jesus is who He is! That was the difference between “the crowd” and the nameless woman. When the crowd touched Jesus, it was just a bunch of folks trying to get next to what they saw as a rock star. But when the nameless woman touched Jesus, he felt her faith and her deep desire to be healed. “You will search for me and find me when you search for me with all of your heart.” (Jeremiah 29:13, KJV).

Notice how Jesus only took certain people with him into the healing space. Notice how he put all those other folks out…the scoffers, the mockers, those laughing at the prospect of a resurrection. Learn this lesson – everyone can’t go into the healing, delivering and raising room with you. Jesus Himself knew that the doubt of others could zap the faith of Jairus. Therefore, Jesus declared, “Clear the room!” There will be times in your life when certain people cannot go with you. There will be miraculous things that God wants to do in your life but if the wrong people are around, the wrong people are in the room, the wrong people are in your space, they will block your ability to receive those miracles. It’s not that God can’t work around them, its that your faith will be hindered. 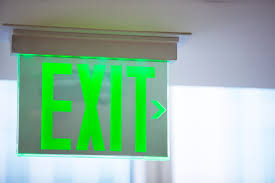 Jesus identified key people to go with him into the room to raise Jairus’ daughter. In the same way, prayerfully identify key individuals who you know will pray with you, believe with you, stand with you, cry with you, hope with you and petition heaven on your behalf. That group is small…two or three people at the most. They don’t have to be perfect people, just faithful, loving and praying people. Doubting, scoffing, laughing people will drain you of your faith, throw water on your hopes, laugh at your dreams and ultimately cause you to miss out on all that God wants to raise in your life. PUT THEM OUT OF THE ROOM!

Don’t allow them room in your physical space. Don’t allow them room in your spirit or in your head. PUT THEM OUT! Like the nameless woman, stretch out to touch Jesus. By faith believe that God can and God will heal you. Like Jairus, humble yourself. Want God’s healing more than you care about what folks think about you. Allow Jesus to put the naysayers, the scoffers, those who laugh at the prospect of your healing, your deliverance, your vision, your RAISING…allow Jesus to put them out of your room!

Jesus still healing, raising, delivering and working miracles. Won’t you allow Jesus to do that and more in your life today?

Post a comment or send me an email at Revcsmith1@gmail.com
Until next Wednesday,
In Faith, Hope and Perseverance,
Pastor Chris
www.shepastorchris.org 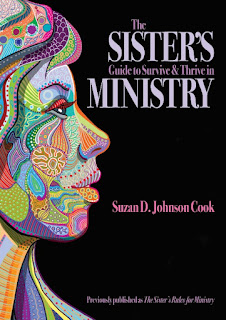 Today Shepastor highlights a wonderful new resource for women in ministry, The Sister’s Guide to Survive & Thrive in Ministry, by Dr. Suzan D. Johnson Cook. Concise, personable and wisdom-filled, this work offers “Sisters” marvelous nuggets of practical truths that can help us to “survive and thrive” in ministry.

As a woman pastor who has navigated the oft times tricky and daunting waters of pastoral ministry, Dr. “Sujay” has earned the right to tell us like it is! From serving in local congregations to national and international platforms, Dr. Johnson Cook has a wealth of experiences that set the stage for her earthy conversations with us as women pastors.

She puts forth ten rules for us to consider and follow:

1. Don’t Make It about You: It’s All about God
2. Stay Responsible for Your Own Spiritual Groove
3. Play, as You Pray, without Ceasing
4. Stay Put
5. Be Arrested by the Holy Spirit
6. Keep Growing: Leadership Doesn’t Confer Maturity
7. Don’t Sleep Your Way to the Pulpit
8. Have Your Own Praise Party
9. Think Outside the Box
10. Select Your Village Mothers: The Value of Wisdom

At the end of each chapter, Dr. Johnson Cook provides questions for response and reflection. For example, following chapter 4, “Stay Put,” these statement/questions and lines for responses are offered: 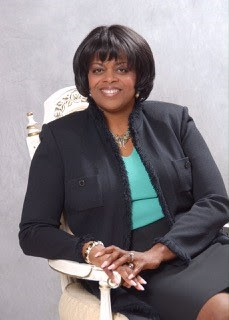 “Ask God, ‘Have I completed my assignment that you’ve given me? Have I done the best I could with what you’ve placed in my hands?’ What message is God giving you? Where are the still, small places where God speaks to you?’”

I highly recommend this important work for individuals, small groups and workshops. A copy of The Sister’s Guide to Survive & Thrive in Ministry may be purchased at www.judsonpress.com