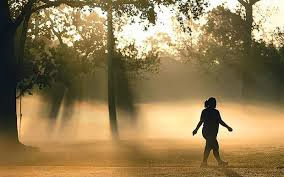 It is difficult to believe that in 2013, women in ministry are still in the "trail blazing phase" as it were. This fact has been brought more intensely to may attention in poignant ways over the past couple of weeks. Called, gifted, anointed, well educated and experienced women are still struggling to "break through the stained glass ceiling." While great strides are being made towards opening doors for women to serve in the ministry (senior/solo pastorate and other ministerial arenas), it is still painful to hear the stories of women who have served faithfully, given their all, loved, sacrificed, carried many loads, "made bricks without straw," etc., and yet are minimally compensated (if at all) and passed over for executive or lead positions.

- Maybe God is challenging the church to be more open to His prerogative to call whomsoever He chooses...

- Maybe God wants the "real advocates" to stand up, to do more than utter words of support, but to influence systems and push for support

- Maybe God wants men and women to work together to revisit what it means to "do justly, love mercy and walk humbly with God" (Micah 6:8)


It occurs to me that we are still in the trailblazing phase. In spite of the pain and the struggle, may we keep "the faith." Let us continue to go to God, "believing that He is and that He is a rewarder of them that diligently seek Him (Hebrews 11:6, KJV). Let us not content ourselves with minimal advancements in this arena. May we find the courage and the strength to keep forging ahead, by the leading of God's Holy Spirit. May we keep pressing toward the mark. May our service in each venue please God and may the gifts and the anointing that He has placed upon our lives, make room for us at larger tables.

Until next Wednesday,
In Faith, Hope and Perseverance,
Pastor Chris
Posted by Chris at 12:00 AM 1 comment: 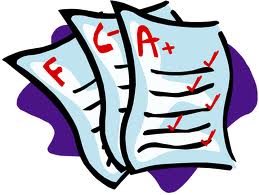 “It seems to me that God has put us who bear his Message on stage in a theater in which no one wants to buy a ticket.” I Corinthians 4: 9a, The Message Bible

Yesterday I attended a local clergy group meeting. This particular clergy group is heavily involved in civic affairs, social justice issues and preaching. I like it. Today was an unusually powerful session. We heard a very thought provoking lecture on the need for the “Church” to evolve – to reach the people who are not the typical, “church people,” we had a visit from the Mayor who is running for re-election, we heard from various other leaders in the community and then we heard a sermon.

The pastor said a lot of things in the message that evoked soul searching, but one segment, in particular spoke to my spirit. Quoting Eugene Peterson’s The Message paraphrase of the Bible, I Corinthians 4: 9a, he stated,

“It seems to me that God has put us who bear his Message on stage in a theater in which no one wants to buy a ticket.”

He then went on to talk about Jesus’ prayer in John 17 where he says to the Father in prayer, “I have finished the assignment, the work you have given me to do…” John 17: 4 in the Message Bible states,

“I glorified you on earth by completing down to the last detail what you assigned me to do.”

The pastor then went on to share an experience he had in seminary with a professor known for being tough on grading papers. The pastor talked about his research, careful wording, long hours and hard work he put into the assignment. He shared how good he felt upon turning it in because he’d worked so hard. However, to his surprise and dismay, when he received the paper, in the professor’s own handwriting the comments read…

“Great research, creative thinking, hard work. However, you did not do the assignment that was given – F (encircled with red ink!)”

So often we get caught up in what others think, what the world defines as success, what we perceive to be greatness. In the final analysis, none of those things matter. What matters is did we finish the assignment we were given. It’s so easy to veer off the course of what God has spoken for us to do or not to do in order to grow membership, gain notoriety, or just simply to get folks to “buy tickets.” When we do that, we are most likely comparing ourselves to others.

No matter what the Lord has assigned us to do, may we be found faithful, diligently serving, determined to complete our assignments with excellence!

Until next Wednesday
In Faith, Hope and Perseverance,
Pastor Chris

Shepastor: “The Fine Art of Communication…” 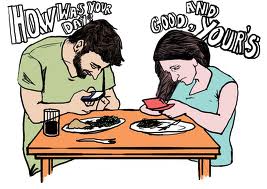 Know this, my beloved brothers: let every person be quick to hear, slow to speak, slow to anger. James 1:19 ESV

We are living in a hurried, fast pace, quick age. If you do not own or have access to a computer, an iphone, ipod or ipad (or something like it) you are almost lost. And while these new forms of technology have afforded us tremendous conveniences, some unfortunate byproducts of those conveniences have emerged.

Text messages, twitter and Facebook encourage users to put into print quick, short messages. While the writer may desire to share one message, unwittingly, unintentionally and frequently, other messages are perceived and or conveyed. You may have meant to communicate one thing, but the recipients, without the benefit of hearing tone of voice, viewing body language or clearly receiving overall context of what is being shared, may extract something altogether different than what you originally intended. When using these devises, individuals are less likely to take their time and prayerfully consider their words. Gaps of time before responses also may convey unintended messages. Angry words, flippant remarks and poorly constructed comments can create confusion and breaks in relationships.

The aforementioned modes of communication also give the allusion of anonymity. In other words, people feel freer to say things in text messages, on twitter and on Facebook that they would never say to a person face to face. While letters and telephones have been used in this way, these new forms of communication seem to have exaggerated this tendency.

This is not to demonize the advancing technologies… this is to raise some cautions, lest the devil gain an advantage over us…

Before texting, “twittering” or “facebooking,” ask yourself a few simple questions…

- If I were on the other side of this message, how what would I “hear?”
- Is this something I would say to a person face to face?
- Is this a “light” message that can quickly be conveyed or am I avoiding a conversation
- Does it really make sense to send a bunch of text messages when we could (and more probably should) talk to one another?


In this fast paced society, we are losing the beauty of real human-to-human contact. Let us take some time to pick up the phone and call someone. Every now and then, put pen to paper and write someone a letter. Every now and then go and pay someone a visit. There is a warmth, a charm, a beauty nestled into these increasingly perceived antiquated forms of communication that no text, twitter or FB message can deliver!

Shepastor: "When Silence is No Longer Golden" 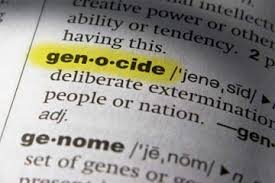 It has been said that the only thing necessary for evil to persist is for good people to remain silent.

This past week I have watched in amazement as debates have been held over whether or not Syrian leaders have engaged in chemical war tactics to kill and mutilate their own people. The images of children, teens, women and men agonizing, tortured with severely burned flesh, corpses wrapped in sheets, cries of indescribable pain and looks of bewilderment should all shock and provoke outrage in the hearts of the humane.

Instead, national and international leaders are participating in political posturing. Rather than joining forces to do what is necessary to send a clear message that the world will not stand by and tolerate another holocaust of sorts, world leaders are engaging in a fact finding excursion for the obvious. While an abundance of caution is necessary when considering any kind of military action, the emboldened stance of rouge perpetrators must not be ignored. Injustice anywhere is a threat to justice everywhere.

Let us pray for our leaders, our President, our Congress, and the United Nations to have the wisdom, the strategy and the courage to boldly and decisively intervene, not only in Syria, but in Darfur and other nations where genocide is a reality. May we as preachers, teachers and leaders be more committed to the mandates of Luke 4:18. May we be more concerned about the impoverished, the abused and the marginalized and may that concern be made manifest through our collective work in the church, our civic organizations, at the voting polls and in our communities.

Martin Niemöller spoke to the dangers of misappropriated silence...

Sometimes silence is not golden.