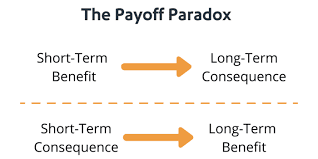 People ruin their lives by their own foolishness and then are angry at the Lord. Proverbs 19:3 NLT
“Why is the Lord allowing all of these terrible things to happen???” Across the ages, this has been the question of humanity. Some become despondent, some shake their fists at heaven, and some become bitter and cynical. While all of these responses are “human,” we must take a deeper look a how WE find ourselves in the state that we are in.

The ramifications of bad choices reach far beyond one individual. Although it is critical for individuals to recognize the consequences of bad choices in their own lives, we must also come to grips with the fact that societal and national sins are visited upon all under their umbrella. The following are some examples of this principle:

When U.S. law makers wrote in an expiration date, a “sunset” law (read more here) for a ban on automatic assault weapons, it may have appeared to be a good decision, in the short-term, but in the long term, that decision has yielded horrific consequences. As individuals fight to maintain their “2nd Amendment rights,” demanding unchecked access to AR-15, military style weapons, more and more people are losing their rights to safe, healthy, peaceful communities.

In Ohio, the state congress is reviewing a bill that would allow any adult to carry a firearm in school buildings after only 24 hours of training. This short-term/short sighted decision will create an even more dismal future/environment for our teachers, administrators, and children with long-term consequences. Raise your hand if you want your schoolteachers, administrators, custodians, cafeteria workers, counselors, etc., walking around your elementary, middle and high schools with rifles, handguns or AR-15s…

In the short term, misguided discussions, and legislative dialogue about blocking the mentally ill from getting guns sounds productive, but it denies the truth and ignores reality. Consider this… 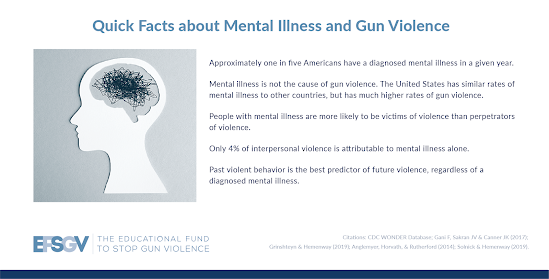 The Educational Fund to Stop Gun Violence shares these facts:

·       Approximately one in five Americans have a diagnosed mental illness in a given year.

·       People with mental illness are more likely to be victims of violence than perpetrators of violence.

·       Past violent behavior is the best predictor of future violence, regardless of a diagnosed mental illness

We need COURAGEOUS community and national leaders who will do what is best for all, in the long term…

Behind closed doors, many U.S. legislators will acknowledge that assault weapons/AR-15 and the like are not appropriate for the civilian population. Unlike weapons normally used for hunting, like rifles, or even basic handguns, military style weapons are designed for war. The bullets not only penetrate the flesh and organs, but military assault weapons literally explode inside of the body and decimate internal organs. No rabbit, deer, squirrel, racoon, etc., would be edible or even recognizable once hit with these bullets. Whereas regular firearms can do much damage, their rate of discharge is much slower. Rapid fire weapons literally, “spray,” bullets across a large area, with greater velocity, force, and magnitude. 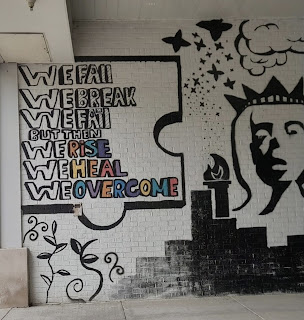 Instead of allowing themselves to be “bought” by the National Rifle Association (NRA), instead of fearing the loss of power, or their seats in congress, WE NEED congressional leaders who will stand up and say, “Enough is ENOUGH!” The real problem IS access to high-capacity assault weapons.

Hate-filled rhetoric, prejudice, bullying, abuse, etc., are all contributing factors to the tragedies that have unfolded, increasingly, yearly in the U.S. Other countries have these same maladies, but not the same percentages of mass shootings. What is the difference between them and us? In short, ACCESS to high capacity assault weapons.

Can we put aside politics, greed, and partisan platforms and vote for LIFE???

The power resides within our hands. Will we make wise short-term decisions so that we will be able to enjoy long-term health, freedom, and peace?

Will you stay at home and say that your vote does not matter, and then complain about leaders who don’t have the nation’s best interest at heart? Will you dig your heels in and demand the right to carry high-capacity assault weapons?

Before you answer, prayerfully consider the words of our text…

People ruin their lives by their own foolishness and then are angry at the Lord. Proverbs 19:3 NLT