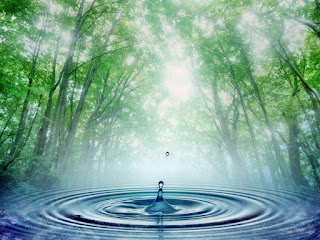 Dear friend, I pray that you may enjoy good health and that all may go well with you, even as your soul is getting along well. III John 1:2, NIV

During a recent doctor’s office visit I had to remind my new physician that I cannot take medicines with a certain element due to allergic reactions. While that information is in my chart, for some reason my physician missed it. Had I not questioned whether or not the recommended med had that element, I could have taken it and become very ill.

Thankfully, there are safeguards in place, like the pharmacy questioning the meds because of notes in my records, but still, accidents happen. It was critical for me not only ask questions, but to know my own body, how things affect me and what I can and cannot take.

The scriptures focus upon the whole person. We are body, mind and soul. Jesus acknowledged this reality when He highlighted the summation of life: to love the Lord our God with all of our heart, soul and mind and our neighbor as ourselves (Matthew 22:37). We carry out that love while housed in our bodies.

When we neglect any aspect of our being, we jeopardize our overall health. Pay attention to your whole self. In communion with the Lord, seek wisdom, guidance and education to get and remain healthy. When you are tired, rest. When you are hungry, eat. When you are lonely, pursue healthy relationships. Drink plenty of water (spiritual and physical). Eat right (spiritually and physically). Watch what you “feed” your mind and spirit. Avoid filling up on physical and spiritual “junk food.”

Take care of yourself. Put on your oxygen mask first. Live life to the fullest. Remember, this is not a trial run. 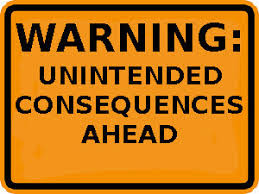 Samuel's Warning Against Kings
10 So Samuel told all the words of the Lord to the people who were asking for a king from him. 11 He said, “These will be the ways of the king who will reign over you: he will take your sons and appoint them to his chariots and to be his horsemen and to run before his chariots.12 And he will appoint for himself commanders of thousands and commanders of fifties, and some to plow his ground and to reap his harvest, and to make his implements of war and the equipment of his chariots. 13 He will take your daughters to be perfumers and cooks and bakers. 14 He will take the best of your fields and vineyards and olive orchards and give them to his servants. 15 He will take the tenth of your grain and of your vineyards and give it to his officers and to his servants. 16 He will take your male servants and female servants and the best of your young men[a] and your donkeys, and put them to his work.17 He will take the tenth of your flocks, and you shall be his slaves. 18 And in that day you will cry out because of your king, whom you have chosen for yourselves, but the Lord will not answer you in that day.”

The Lord Grants Israel's Request
19 But the people refused to obey the voice of Samuel. And they said, “No! But there shall be a king over us, 20 that we also may be like all the nations, and that our king may judge us and go out before us and fight our battles.” 21 And when Samuel had heard all the words of the people, he repeated them in the ears of the Lord. 22 And the Lord said to Samuel, “Obey their voice and make them a king.” I Samuel 8: 1-22a, ESV

When we repeatedly ignore God’s warnings in our personal lives and in the life of a nation, when we demand our own way instead of God’s way, when we “lean to our own understanding,” our choices create our reality. In demanding a king, Israel rejected God’s manner of leadership for their nation. While Samuel’s sons’ dishonest ways precipitated the leaders to demand a king, they chose to ignore God’s warnings through Samuel that their solution to the problem was ill advised.

More than disgust with Samuel’s sons, the national leaders wanted to be more like surrounding nations. They wanted kings instead of God’s representatives – judges. The Lord gave them what they wanted. They had no idea that one foolish, arrogant decision to reject God’s direction would haunt them for generations to come. Reaping season is long and hard. Seeds sown in seasons of foolishness produce fruit that can negatively impact not only your life, but the lives of generations yet unborn. Like individuals, nations can experience the same painful consequences of rejecting God’s call to do justly, love mercy and walk humbly with God. 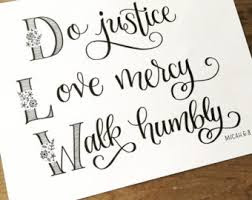 We cannot control everything. We certainly cannot control the choices of others. Through prayer, faith, education and wisdom, we can, however, make choices that are aligned with the ways of the Lord. Honoring God with our lives and in the choices that we make will not exempt us from all pain and misfortune. Walking in the paths of righteousness, mercy, love and truth will lead us in the way of peace and being whole.

Choose wisely, not only for your own sake, but for the sake of those coming after you.

Shepastor: “The Fruit of Barren Seasons…” 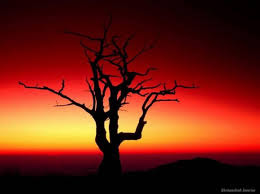 5 There was in the days of Herod, the king of Judaea, a certain priest named Zacharias, of the course of Abia: and his wife was of the daughters of Aaron, and her name was Elisabeth.
6 And they were both righteous before God, walking in all the commandments and ordinances of the Lord blameless.
7 And they had no child, because that Elisabeth was barren, and they both were now well stricken in years. Luke 1: 5-7, KJV

Zacharias and Elisabeth were old. No doubt they had accepted the fact that their “season” had passed and they would probably never become parents. They served in pain. In subsequent verses we learn that the angel Gabriel came to Zacharias while he was performing his priestly duties in the temple and informed him that a change was coming…his wife Elisabeth would conceive and bare a son.

I imagine that Zacharias may have felt that he’d been inhaling too much incense! His doubt produced a seemingly harsh sentence. He would not be able to speak until the promise came forth. Seasons of being barren can carve out deep caverns of sorrow, embarrassment, confusion, reticence and resignation. Barren seasons can produce iron clad locks upon our hearts and minds in which doubt and fear become the formidable door keepers.

At times, God imposes silence upon us so that we do not speak against the blessings that are coming our way. Our own words can “curse” our outcome. If Zacharias conveyed his doubt and angst to Elisabeth, she may have never conceived John. That doubt and fear had to be quarantined!

Sometimes the vision of blessings to come appear so impossible that we shut down. It is too emotionally costly to invest in believing, hoping and trusting, so we shut down. Much like the physiological reaction of shock during trauma to protect our psyche and other body parts, the Lord, at times allows us to go into “shut down mode” in order to protect us from ourselves. Our momentary “emotional paralysis,” however, does not stop God’s activities behind the scenes on our behalf.

“You are righteous, you are holy, you are clean before the Lord, why are you barren? Something surely must be wrong with you.” Why aren’t you producing? Why can’t we see your fruit? You appear to be righteous but your apparent condition is in direct contradiction to who you are supposed to be.

Have you ever felt barren? Have you ever experienced a season of dearth, “fruitlessness,” an empty womb if you will? We learn from this text and several others that being righteous and walking blamelessly before the Lord does not exempt us from seasons of being barren…seasons of feeling like we aren’t accomplishing anything, giving birth to anything, producing anything. Yes even in the life of the righteous there are seasons of flowerless, leafless, fruitless trees. I’m not speaking of the fruit of the spirit, love, joy, peace, longsuffering, goodness, self-control, meekness, humility. Those fruits should be budding on our proverbial trees daily. I’m speaking now of the fruit of expectation...the production or coming forth of things we’ve been praying for, longing for, waiting for, preparing for. Sometimes it just seems like it will never happen. Sometimes it feels like it will never come to pass. 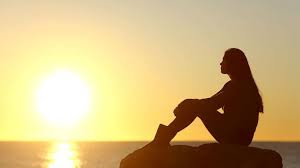 Can you really blame Zacharias for asking the angel what in the world he was talking about? We beat up on Zacharais for not really believing the angel but can you imagine if it were you? I imagine that Zacharias and Elisabeth had just accepted their plight. Their season of expectation had ended, or so they thought. The Lord had an “and” in the plan! The Lord had something else on the way! They Lord had delayed their blessing. The Lord had not denied their blessing!

You may have what feels like a barren womb right now…you may feel like God has but a big red “X” on your dreams, your vision, on your hope for a brighter future…but God wants you to know that your blessing, your healing, your deliverance, your breakthrough has not been denied, it’s just been delayed!

Elizabeth didn’t know it but the Lord wanted the baby in her womb to bare witness to the baby in Mary’s womb and for that to happen, God had to delay her pregnancy so that a young, struggling, fearful Mary could have a mentor, an encourager, a witness to what the angel told Mary she was about to bring forth!

You may not realize it but sometimes God delays your blessing, your healing, your produce, your break through because God wants to use what he’s about to do in you to help 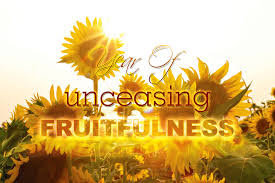 encourage, affirm and lift up that which is about to be birthed in somebody else! You may feel like it’s too late…you may feel like there’s no point in holding onto your expectations, but God is saying “I’ve got something that’s about to leap in your womb!” Your blessing has not been denied. Your blessing has just been delayed! The blessing may not come about they way that you think that it should or in the form that you expect, but God’s blessings over your life have not been cancelled! At the right time, in the right place, during the right season, with the right people around, in the right context, for the right purpose, your fruit will produce. Your healing will be made manifest. Your breakthrough will break out, your deliverance is on the way!!!

You may be in a season of feeling barren – AND something else is coming…AND your expectation is going to be fulfilled…AND whatever God has planned for you will exceed your greatest vision and hope and dream – your blessing has not been denied, it’s only been delayed!