Shepastor: “In Honor of Katie…” 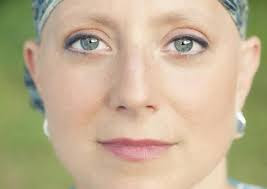 Then Jonathan said to David, "Tomorrow is the New Moon feast. You will be missed, because your seat will be empty. 1 Samuel 20:18

Today, I ask you to join me in honoring the life and legacy of Mrs. Katie Cunion. You probably didn’t know her. She was not a pastor or preacher. She was, however, a “minister.” I met Katie during my daughter’s summer camp several years ago. Katie’s daughter, Jessica and my daughter, Aris became good friends and classmates. They both were only six (6) at the time.

Katie and I passed each other in the hall each summer morning as we dropped our daughters off for camp. We both frequently ran late and would laugh about doing our utmost to get them there in time for activities. When I first met Katie, I noticed that she walked with a limp. It wasn’t until a few months later, when she boldly wore shorts and sandals that I realized one of her legs had been amputated and she was wearing a prosthesis (I didn’t know that they made a prosthesis shaped like a foot and that sandals could be worn with them!).

This disfigurement, however, did not stop Katie. Her smile was just as bright, eyes just as sparkly and clear blue/green as the ocean, head tied up with a scarf, proudly and lovingly participating with her daughter in camp and in school. Her spirit was valiant. Her stride was majestic. Her smile was infectious. Her determination was admirable. She had cancer. Unlike me, I never heard her complain about the fact that we had to climb a few flights of stairs to get to our daughters’ room. She was a trooper!

Today, my daughter and I attended Katie’s calling hours at the local funeral home. I debated over whether or not I should take Aris (a third grader) with me, but figured that her friend and classmate would be blessed by her support. So off we went. The line was already growing long when we arrived. Katie was greatly loved and respected. As we entered the door, a beautiful little girl popped her head around the corner. It was Jessica! Children are so resilient. She immediately grabbed Aris, hugged her and said, “Come and play with me.” Later, Jessica and Aris, together would walk in the other room and see Katie, lying there so still.

Afterwards, they went back into another room, got down on the floor with more children, laughed, talked and colored. Even in death, Katie knew how to bring love, joy and laughter in spite of tears.

We will miss Katie. Our prayers are with her beautiful children and husband, Bill. We pray also for her parents who wrestle with losing their daughter before the Lord calls them home.

May we walk in the glow of her example and have valiant spirits, filled with hope, resiliency and fervor in all of life’s seasons.

Until Next Wednesday,
In Faith, Hope and Perseverance,
Pastor Chris

Shepastor: Let's Meditate on the Good News of Psalm 27 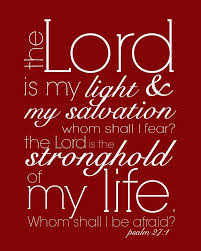 2 When the wicked, even my enemies and my foes, came upon me to eat up my flesh, they stumbled and fell.

3 Though a host encamp against me, my heart shall not fear; though war arise against me, [even then] in this will I be confident.

4 One thing have I asked of the Lord, that will I seek, inquire for, and [insistently] require: that I may dwell in the house of the Lord [in His presence] all the days of my life, to behold and gaze upon the beauty [the sweet attractiveness and the delightful loveliness] of the Lord and to meditate, consider, and inquire in His temple.

5 For in the day of trouble He will hide me in His shelter; in the secret place of His tent will He hide me; He will set me high upon a rock.

6 And now shall my head be lifted up above my enemies round about me; in His tent I will offer sacrifices and shouting of joy; I will sing, yes, I will sing praises to the Lord.

7 Hear, O Lord, when I cry aloud; have mercy and be gracious to me and answer me!

8 You have said, Seek My face [inquire for and require My presence as your vital need]. My heart says to You, Your face (Your presence), Lord, will I seek, inquire for, and require [of necessity and on the authority of Your Word].

9 Hide not Your face from me; turn not Your servant away in anger, You Who have been my help! Cast me not off, neither forsake me, O God of my salvation!

10 Although my father and my mother have forsaken me, yet the Lord will take me up [adopt me as His child].

11 Teach me Your way, O Lord, and lead me in a plain and even path because of my enemies [those who lie in wait for me].

12 Give me not up to the will of my adversaries, for false witnesses have risen up against me; they breathe out cruelty and violence.

13 [What, what would have become of me] had I not believed that I would see the Lord’s goodness in the land of the living!

Until Next Wednesday,
In Faith, Hope and Perseverance
Pastor Chris
Posted by Chris at 12:00 AM No comments:

Shepastor: The Role of Acceptance and Rejection in Ethical Behavior 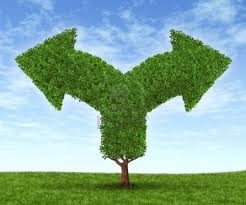 We are "ethical beings." In other words, God has given us the freedom to choose how we will think, make decisions and execute those decisions. However, powerful forces play a role in our decision making process.

In his work, The Responsible Self, ethicist H. Richard Niebuhr asserts that we all choose between being "responders or reactors." A responder carefully considers a matter and then controls and determines how he or she will behave based upon their own analysis of the matter. A reactor, conversely, allows the reactions, opinions, attitudes and behaviors of others to dictate or greatly influence how they themselves choose to behave.

We all have experienced this dilemma. The pain of rejection, no matter how subtle can mean the difference between us speaking truth in love, or remaining silent and going along with the crowd. The fear of alienation, non-acceptance, and being ostracized can mean the difference between us asking questions, raising an issue, confronting a problem or standing up when others are sitting down.

We instinctively understand that truth, no matter how respectfully and gently spoken can at times get you black balled, kicked out of clubs, circles and cliques and labeled a trouble maker. Therefore, we succumb to the power and influence of both acceptance and rejection. Through out scripture, God called upon men and women to speak truth to power irrespective of the reactions of the hearers.

Prophets are rarely popular (at least while they are still living!). Frequently we miss the power and meaning of their words until after God has removed them from our midst, or we experience the painful consequences of own own resistance to their message. If we are honest, we all vacillate between being reactors and responders. We wrestle to determine the times and the seasons - is it a time to speak or a time to be silent? Through prayer and wisdom, we must determine if our answer to that all important question is being influenced by our conviction that The Lord is guiding our action (or inaction) or is the fear of rejection as well as our desire for acceptance motivating our choices.

May our reverential fear of God, our love for fellow human beings and our determination to follow the more excellent way empower us to behave as the Holy Spirit dictates. Through prayer and faith, may we have the courage to be responders and not reactors.

Until next Wednesday,
In faith, hope and perseverance,
Pastor Chris

"The effectual fervent prayer of the righteous availeth much." James 5:17, KJV

What a powerful testimony the families of Gina DeJesus, Amanda Berry, and Michele Knight have! Although we had not heard of Michele, the prayers extended to all of the girls. Those families refused to give up hope, even when others had. We give God praise that they were found alive.

We must now join the families and our communities in new prayers...

Let us pray for the ladies and their families as they adjust to their new normal...

Let us pray that they all receive the counseling services that will help them to overcome post traumatic stress syndrome...

Let us pray that we will be more aware of our surroundings, our neighbors, and our communities, that we will resist paranoia, but will be discerning...

Let us bathe our communities in specific prayers that sex trafficking, kidnapping, rape, pediphilia, and all other forms of abuse will be exposed, prosecuted and eradicated...

Let us pray for healing, health, wholeness and peace for them all.

May we never forget and may we listen and learn.

Hear our prayers oh Lord, incline thine ear to us and grant us thy peace.

Until next Wednesday,
In faith, hope and perseverance,
Pastor Chris
Posted by Chris at 12:00 AM No comments:

Shepastor: An Opportunity to Join an Interesting Conversation... 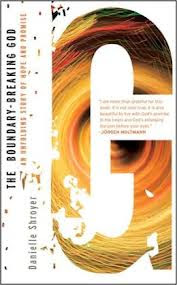 This week, Shepastor highlights an invitation from Baptist Women in Ministry, to join an intriguing conversation. Read below...

WHAT ARE YOU READING IN 2013? (Invitation from Rev. Dr. Pam Durso, Executive Director, Baptist Women in Ministry)

Join Devita Parnell and Pam Durso for our monthly conversation about women and Baptist life.

The 2013 conversations feature interviews with authors, and the great part is that you don't even have to be in Atlanta to be part. We meet via phone conference call and/or online through LIVE meetings. Our next gathering is Monday, May 6! The conversation begins at 10:30 (Eastern Time). The featured author is Danielle Shroyer, author of The Boundary-Breaking God: An Unfolding Story of Hope and Promise. Danielle is pastor of Journey Church in Dallas, Texas, and serves on the Emergent Village Coordinating Group, focusing in areas of social justice and theology.

She concludes The Boundary-Breaking God with these words:

"In all the ways we have understood what it means to be God's people through the years, I pray we can remember that we have always been, people of hope. We have always been the people who dared to believe in God's promises, even and perhaps most important when they seem rather far-fetched. I hope the winds of cynicism never outmatch the billowing promise that has filled our sails as long as this story's been told."


To connect to the conference call, dial 888-824-5783. Enter the passcode 30278726. Invite your friends and colleagues to this conversation! For more information, email Pam Durso at pamdurso@bwim.info .

What a wonderful opportunity! I plan to participate. How about you?

Until next Wednesday,
In Faith, Hope and Perseverance,
Pastor Chris
Posted by Chris at 12:00 AM No comments: