Shepastor: The “Paradoxical Commandments” Can Help Us to Remember that We Are on Assignment…

For God is not unrighteous to forget your work and labour of love, which ye have shewed toward His name, in that ye have ministered to the saints, and do minister. Hebrews 6:10 KJV

When all else fails, remember that we are on assignment from the Lord. When our feelings are inching onto our sleeves, when good will and out stretched hands are unreciprocated, when the “edge” seems closer than ever before, remember the Lord is not “unrighteous.” He knows your labor and your love…

The Paradoxical Commandments!
· People are illogical, unreasonable and self-centered. Love them anyway.
· If you do good, people will accuse you of selfish, ulterior motives. Do good anyway.
· If you are successful, you win false friends and true enemies. Succeed anyway.
· The good you do today will be forgotten tomorrow. Do good anyway.
· Honesty and frankness make you vulnerable. Be honest and frank anyway.
· The biggest persons with the biggest ideas can be shot down by the smallest persons with the smallest minds. Think big anyway.
· People favor underdogs but follow only top dogs. Fight for a few underdogs anyway.
· What you spend years building may be destroyed overnight. Build anyway.
· People really need help, but may attack you if you do help them. Help them anyway.
· Give the world the best you have and you'll get kicked in the teeth. Give the world the best you have anyway.

Your living is not in vain – continue to help somebody despite what at times may feel like exercises in futility.

Until Next Wednesday,
In Faith, Hope and Perseverance,
Pastor Chris
Posted by Chris at 12:01 AM No comments:

Shepastor: “Rescued From the Trash” 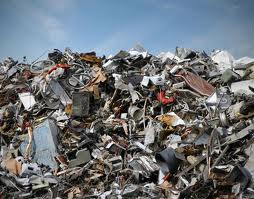 Luke 8:1-3: Afterward [Jesus] journeyed from one town and village to another, preaching and proclaiming the good news of the kingdom of God. Accompanying him were the Twelve and some women who had been cured of evil spirits and infirmities, Mary, called Magdalene, from whom seven demons had gone out, Joanna, the wife of Herod's steward Chuza, Susanna, and many others who provided for them out of their resources.

Mark 16:9: Now after He had risen early on the first day of the week, He first appeared to Mary Magdalene, from whom He had cast out seven demons.

While clearing out a storage room, a high school teacher stumbled upon an old reel to reel tape marked “MLK” Speech. The box that held the tape was in a pile of trash about to be discarded. It was a speech given by Dr. King decades earlier during a trip to an inner city high school. Amazed, full of curiosity and excitement, she hurried off to share the jewel of a find with another teacher. They were certain that their administrators would share the same enthusiasm. To their utter disbelief, no one seemed to care. The administrators made no effort to highlight the film, have the film transferred to a modern day form of media, or even announce the find. It was as if they were saying, “yea, yea, yea, another King speech.”

The teachers, however, never gave up hope that the film could be used to lift and inspire their students. They took it upon themselves to have the old tape transferred to a CD. They kept pushing until finally, our local news paper got wind of the story and had it published. Students who were in the audience when Dr. King spoke at the school fondly shared how his words impacted their lives. The film is now used in civics and history classes to teach young, inner city children of the possibilities that lie within them.

Mary Magdalene was “rescued from the trash” so to speak when Jesus welcomed her into His ministry. She was a troubled woman with a tortured past. No doubt others ignored her, made fun of her, ostracized her, demeaned her, treated her as trash. But Jesus rescued her from the abyss of disregard. He welcomed her, encouraged her and loved her. Mary Magdalene became one of Jesus’ most faithful followers and was granted the privilege of seeing Him first after the resurrection.

What or who have you tossed upon the trash heap? What or who in your life has become so familiar that you now see them or it through the eyes of contempt (familiarity breeds contempt)? Be careful - things of great worth have been found amidst the rubble.

Post a comment or send me an email at Shepastor1@hotmail.com
Until Next Wednesday,
In Faith, Hope and Perseverance,
Pastor Chris
Posted by Chris at 12:01 AM No comments:

Shepastor: “Has Anyone Told You Lately…”

The other day, one of our clergy sisters, Rev. Kesha Williams quoted a line from the movie, The Help on her Facebook status, “You is Smart, You is Kind, You is Important!”
This line came from a scene in the movie where an African American maid, “the help” was speaking to a little southern girl that belonged to a wealthy White woman who made little or no time for her child. For all intents and purposes, the maid was her primary (and possibly only) source of love, nurture and affirmation. I imagine as the maid recited those words to the little girl, she was re-affirming something within herself – despite what others may think about you, say about you, how they act as if you don’t exist or the way they ignorantly treat you – you have to remember to proclaim and affirm your own self-worth.

Today, Shepastor just wants to remind you of the importance of remembering who you are…

Shepastor: “Has Anyone Told You Lately…”

In ministry circles, it is not popular to discuss such. The attitude often is that we who minister should not be concerned about getting affirmation, feeling appreciated or being told about the good that we do every now and then. Although discussions of “clergy self-care” are a buzz, sharing openly and honestly about our need for nurture is frequently frowned upon. Many are reluctant to ask for prayer for themselves for fear of looking selfish.

Many ministers, therefore, go around bruised and bleeding internally, wearing a smile externally. Over time, the pain, the bruises and the brokenness can harden our spirits and deplete our sense of beauty, worth and purpose. When our vessels are bone dry we have nothing left to give but the residue of dust and chipped pieces at the bottom of our beings. May the Lord use us to be “the help” and remind one another, “You is Smart, You is Kind, You is Important (and let me add one more) You is Beautiful!”

If we will covenant to lift and encourage one another, the flow of support, nurture and love will help to carry us over the sometimes bruising impact of ministry.

If no one has told you lately, I will tell you - You are BEAUTIFUL, You are making a difference in the lives of those you don’t even know. Your sphere of influence is broad and wide. The Lord is using you to bless many and magnify His name – keep making a difference for the Kingdom!

Until next Wednesday,
In Faith, Hope and Perseverance,
Pastor Chris
Posted by Chris at 12:01 AM 1 comment: 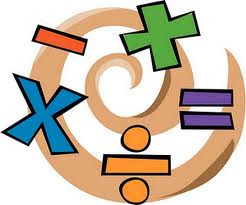 8“My thoughts are nothing like your thoughts,” says the LORD.
“And my ways are far beyond anything you could imagine.

Some years ago I heard a sermon, God’s Arithmetic. The preacher declared, “Sometimes God subtracts in order to add – sometimes He divides in order to multiply…” Since becoming a pastor, I have learned to appreciate God’s arithmetic! Frequently, God’s methods of blessing us defy human logic. Today, Shepastor explores a few things we should consider as we experience situations and circumstances that appear to be anything but a blessing.

As we work in the vineyard of the ministry, it’s so easy to fall into taking things personally – when things go well and when they don’t. It’s easy to forget that we are on assignment. Being open to the voice, the will and the way of the Lord requires a spirit of humility, submission and focus.

When God speaks and calls you to preach, “hard” messages that will not draw thousands and may in fact offend the few that you have – it defies human logic….

When changing direction will mean the loss of resources or income, it defies logic…

- When God told the widow to give the prophet Elisha her last portion of food, it defied logic

- When the three Hebrew boys refused to bow down and worship an idol and chose rather to go into the fiery furnace, it defied logic

- When the angel told Mary that she would be overshadowed by the power of the Holy Ghost and she would conceive a child, being a virgin, it defied logic

- When Jesus told Nicodemas that he needed to be born again in order to enter the Kingdom of Heaven, it defied logic

God’s ways often defy logic! His ways are nothing like ours – they are above and beyond all that we can imagine. God may remove in order to make room for what He wants to add. God may divide, or create a different direction in order to multiply or increase effectiveness and better alignment with His will.

When God is removing or subtracting, dividing or clearing out, it doesn’t always feel good. For a season it may feel as though you don’t have what you need to survive. God, however, knows what He is doing. Obey His voice. Follow your assignment. Look beyond what is readily apparent. Allow the Lord to work out His arithmetic in the ministry assigned to you as well as in your life. The results will amaze you!

Have you experienced God’s arithmetic in your life? Post a comment or send me an email at Shepastor1@hotmail.com

Until next Wednesday,
In Faith, Hope and Perseverance,
Pastor Chris
Posted by Chris at 12:01 AM No comments: