8 So the women hurried away from the tomb, afraid yet filled with joy, and ran to tell his disciples. 9 Suddenly Jesus met them. “Greetings,” he said. They came to him, clasped his feet and worshiped him. 10 Then Jesus said to them, “Do not be afraid. Go and tell my brothers to go to Galilee; there they will see me.” Matthew 28: 8-10, NIV 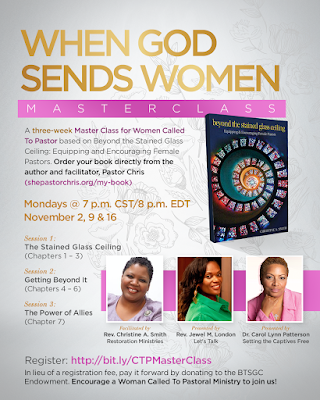 Jesus’ ministry was inclusive. He did not adhere to the societal norms that marginalized and disenfranchised people based upon their race, gender, religion or ethnicity. Jesus loves us. This particular passage of scripture shows how Jesus was not concerned about the fact that those who came to the tomb first were women. He did not dismiss them and say, “Go get men. These women can’t carry my message!” NO! Jesus entrusted the women with the first word from the tomb! “Tell them that I am ALIVE!!!”

In the upcoming Master Class, “When God Sends Women,” I am privileged to share the lessons from my book, Beyond the Stained Glass Ceiling: Equipping and Encouraging Female Pastors. The classes will explore experiences of women pastors…words of wisdom, caution, encouragement and insight. Classes will also highlight current and past trends regarding the disparities and inequities women pastors face as they seek and answer pastoral ministry calls. Participants will also have an opportunity to engage "Power Brokers," those who stand on "the other side of the door" and help advocate for women pastors! 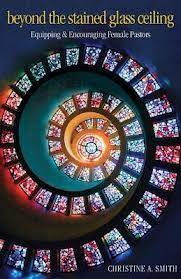 While the class is free, participants are encouraged to make a donation to the Beyond the Stained Glass Ceiling Endowment (select the pull down menu and click on ISOE Beyond the Stained Glass Endowment). This fund was born out of a desire to help African American women pastors to survive and thrive. So often women in general and African American women in particular find themselves only receiving calls to “Lazarus” churches (learn more about that in the class!). This endowment will offer 2 grants per year to two selected pastors based upon the grant criteria.

I thank my wonderful and beautiful Clergy Sisters, Rev. Jewel M. London and Rev. Dr. Carol L. Patterson for inviting me to teach this class. These GREAT Women of God are doing PHENOMENAL THINGS in the Kingdom and are truly lifting others as they climb.

Register for the class, “When God Sends Women” featured on “Let’s Talk,” today!

Follow the links below to purchase the book and to register for the class...

Please join us for a 3-week Master Class (Mondays, November 2nd, 9th, and 16th, 8:00 p.m., EST) for women called to Pastor. The class is based on Beyond the Stained Glass Ceiling: Equipping and Encouraging Female Pastors. Please order your book directly from the author and facilitator, Pastor Christine A. Smith (Let's Talk Week 5).

Click Here to Register for the Master Class: "When God Sends Women" http://bit.ly/CTPMasterClass

(To support the Stained-Glass Ceiling Endowed Fund give online at ABHMS and click the GIVE NOW button and access the drop down menu and select ISOE Stained Glass Endowment or mail your check with “Stained Glass Endowment” in the memo section to: American Baptist Home Mission Societies, 1075 First Ave., King of Prussia, PA 19406. If you have any questions about giving, please contact ABHMS’ chief development officer, Vincent Dent at vincent.dent@abhms.org or 610.768.2420.)

In faith, hope and perseverance,

Shepastor: “Six Reasons Why We Should Vote…” 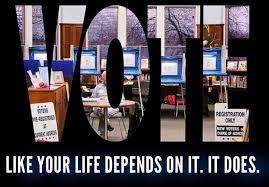 7 Promote the welfare of the city where I have sent you into exile. Pray to the Lord for it, because your future depends on its welfare. Jeremiah 29:7, CEB

The year 2020 has been a challenging, strange and painful year for many, to say the least. To date, over 210 thousand people in America have succumbed to COVID-19. Many small businesses and individuals have been devastated by the economic avalanche prompted by the pandemic. Families have not been able to mourn and celebrate the lives of loved ones who have died in the ways to which they are accustomed, honoring their sacred traditions. Many places of worship have had to shift from in person worship to some form of technological means. The nation is deeply divided along racial, theoretical, economical and ethical lines.

On top of all of this, we are in the throws of one of the most contentious presidential elections in modern history. Many are so exhausted and daunted that they are losing hope. Numbers of young people are looking on in disbelief. Some have even suggested that their votes will not matter. But before you join the “What’s the point” club, consider the following reasons why we all should vote… 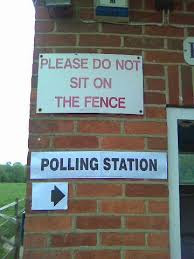 1.    Voting is your way of having a say… When you cast your vote for presidential candidates, judges, levy’s, council representatives, and any number of issues, you are adding your voice of agreement or disagreement. Your vote could literally change the course of history! When you neglect voting, you are voting by default!

2.    Voting is your responsibility as a citizen… Everyone can complain. Everyone can talk about what is wrong. But when we vote, we participate in the election process. When we don’t vote, we have no right to complain about the way things are. To be a responsible citizen is to take part in the process.

3.    3.  Voting empowers you to help make a difference…     In the words of our focus scripture verse, “Promote the welfare of the City…” When we vote, we have an opportunity to promote, move forward and positively influence the places where we reside. Issues regarding health care, jobs, wages, fair and equal standards, diversity, immigration, the environment, education, etc., all rely upon the voices of the people. Congress is moved by their electorate. They represent us! When we don’t vote, we leave them to their own devices and those of the lobbyists. Money, not your best interests govern.

4.    People died so that we could vote… Blood was shed. Bodies were beaten. People mobilized and marched. Individuals were attacked by dogs, blasted by water hoses, burned, lynched, humiliated, jailed…all so that all citizens in America would have the right to vote. Voting rights were EXPENSIVE to obtain. We must honor, be grateful for and appreciate this right, not only with words, but with the action of voting. 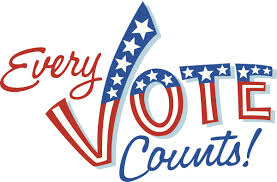 5.    People die unnecessarily when we don’t vote… There are those who suggest that young people aren’t moved by the reality that people died for their right to vote. If you feel that way you must consider that people are dying unnecessarily when you don’t vote. We need your voices to help demolish antiquated, unjust, racist systems that perpetuate models of brutality and death. We need your votes to help improve upon and expand systems that show promise, but need an overhaul. You need to vote, if for no other reason, than that you should be concerned about the country and the planet that will be left for you.

6.    You should vote because your life depends upon it…The Lord told Jeremiah to tell the people, “Pray to the Lord for it, because your future depends on its welfare…” Your future, our future and our welfare, our wellbeing, our prosperity, our health depends upon the communities, nation and world we build. Here in America, that is determined by our vote. Our prayers must be coupled with our action of voting. Some will argue that the Electoral College makes the determination and not our vote. But remember, the Electoral College is influenced by our vote. When we vote in mass, we can far surpass the 270 electoral votes for a president to win. Also remember, the president is only one branch of a three-branch government (Executive, Legislative and Judicial). Even when our preferred leader does not win, we can still influence outcomes by having a balanced legislative branch (the House and the Senate).