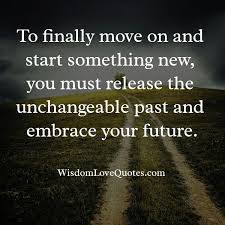 13 Brothers and sisters, I do not consider myself yet to have taken hold of it. But one thing I do: Forgetting what is behind and straining toward what is ahead, 14 I press on toward the goal to win the prize for which God has called me heavenward in Christ Jesus.
Philippians 3: 13-14, NIV

Regret can be a heavy thing. Many live their lives under the weight of mistakes, missed opportunities, words spoken, unfortunate decisions, etc. But one thing is for sure, you cannot change the past. Some spend their lives looking in the rear view mirror. The “rear view mirrors” of life are small in comparison to the “wide windshield.” Although you may be living with the consequences of bad choices, God still has a big bright future ahead for you.

Understand that others that may have been harmed by your past decisions may not be so quick to forgive you. In a genuine spirit, as much as is possible, do what is in your power to bring restoration and then release them to God. There are some fractures that only the Lord can repair. Know that God has a goal for you to pursue, a “prize” for you to win. 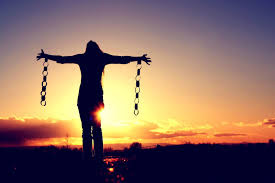 If the Son therefore shall make you free, ye shall be free indeed. John 8:36, KJV

Whether the African slave drug across the chilly waters of the cruel Atlantic, bound by chains, forced to lie in her own refuse and vomit, down, down in the splintered belly of brutal slave ship…

Or the Jewish descendent of Joseph, shackled, beaten and abused, forced to make bricks without straw… in a land by a Pharaoh that knew him not…
Or whether the tired, the poor, the huddled masses yearning to breathe free…

Freedom is the inhaling of the air, the expanding of the lung, the release of the exhale to do and to be and to become all that God has created one to be without the encumbrances of hatred, the ignorance of “isms” and the brutality of boxes too small to hold the brilliance of beauty, creativity and love.

Freedom is the head though bloodied refuses to be bowed…Freedom…is the voice that speaks despite the oppression that seeks to press it into silence…FREEDOM…the heart that beats and swells with compassion though mean spirit actions abound FREEDOM…is God’s gift to humanity though portioned out like meal by oppressors to those desperately waiting at the mill of justice.

Post a comment or send me an email at Shepastor1@hotmail.com
Until next Wednesday,
In Faith, Hope and Perseverance,
Pastor Chris
www.shepastorchris.org
Posted by Chris at 12:00 AM 1 comment:

Shepastor: "Scatter Your Seed in Faith..." 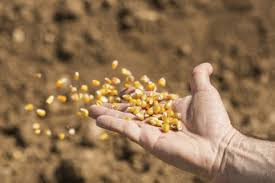 The Parable of the Growing Seed
26He also said, “This is what the kingdom of God is like. A man scatters seed on the ground. 27Night and day, whether he sleeps or gets up, the seed sprouts and grows, though he does not know how. 28All by itself the soil produces grain—first the stalk, then the head, then the full kernel in the head. 29As soon as the grain is ripe, he puts the sickle to it, because the harvest has come.” Mark 4: 26-29, NIV

This rarely quoted parable found in the Gospel of Mark packs a powerful message. Here Jesus is explaining further what the Kingdom of God is like. In previous verses, Jesus tells the very familiar story about the “sower” and various kinds of soils. As a pastor, I have always found great encouragement in those verses. At times we (pastors/leaders) can “beat up on ourselves,” because the seeds we have been prayerfully, painstakingly sowing appear to produce such minimal fruit. Interestingly, Jesus’ emphasis is not placed upon the sower, but the soil…the parable of the sower…”

But in this subsequent parable, Jesus further emphasizes the relationship between “the Kingdom of God” and the seed scattered upon the ground. Jesus says, “Night and day, whether he sleeps or gets up, the seed sprouts and grows, though he does not know how. All by itself the soil produces grain…”

As humans we tend to take too much credit either way…when the “seeds” don’t seem to grow, we tend to blame ourselves. When the seeds blossom and flourish, particularly in the church, we tend to attribute it to some great work that we’ve done and others have not. But Jesus says, “Night and day, whether he sleeps or gets up, the seed sprouts and grows, though he does not know how. All by itself the soil produces grain…”

If you are discouraged, pray for the faith to continue to scatter the seed. Remember, God controls the harvest. If you are experiencing abundant growth, in humility realize that it’s not you or your great programs, but it’s God’s seed, God’s soil, God’s harvest. We don’t know how. We are simply called by faith to scatter the seed. Be encouraged seed sower, God will see to it… “first the stalk, then the head, then the full kernel in the head…" As soon as the grain is ripe, God will put the sickle to it. He alone knows when it's harvest time.

Shepastor: “Sometimes We Need to Change Our Prayers…” 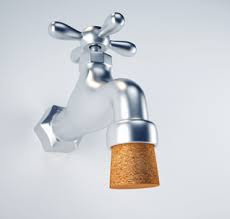 16 Confess your faults one to another, and pray one for another, that ye may be healed. The effectual fervent prayer of a righteous man availeth much. James 5:16, KJV

“The effectual fervent prayer of the righteous avail much…” We have embraced, quoted, and used as a fire brand this verse…a verse of victory and triumph in prayer. But have you ever considered that at times, our “effective prayers,” may effectively block our blessings?

Sometimes our focus is wrong, our vision is short, our request is shallow. Some might argue that God will not then answer or grant those prayer requests. I beg to differ. At times, God allows us to remain in our proverbial “prayer box” until we see the stagnation created by those intense but misdirected prayers.

Sometimes we need to change our prayers. Are your own prayers blocking your blessings, your progress, your “new day?” Prayer is powerful indeed. May we ask the Lord to give us wisdom and guidance in how we direct those prayers for ourselves and for others. 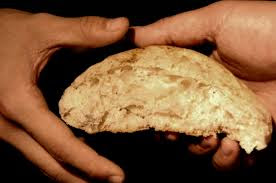 "Give us this day our daily bread," is a simple phrase couched within the "Model Prayer." Jesus gave these words as part of a prayer he taught, when the disciples asked him to teach them how to pray. Although simple, this short phrase is VERY profound. While many simply consider these words with regard to physical food, I believe Jesus was speaking of something much greater.

As humans, one of our greatest dilemmas is that we cannot see the future. We can dream, dread, plan, ignore, consider and prepare, in some ways, for the future. But we cannot see or know the future. In our great quest for this knowledge, some have resorted to consulting "sooth sayers," psychics, and cards with special symbols. Sometimes, the Lord in His grace and mercy shows us "glimpses" of the future through dreams and the whispers of His precious Holy Spirit. He has refrained, however, from giving us the "blow by blow" details. Jesus himself said, "I have much to tell you, but you cannot bear it now..." (John 6:12). Jesus knows that if he tells us too much too soon, we would not be able to handle or absorb the contents.

Jesus knows that if we knew somethings...some hurdles we'd have to cross, some sorrows we'd have to bare, some tragedies we'd have to face, some triumphs we'd ultimately win...that we would not press forward and cultivate the faith he desires that we have. Our faith pleases the Lord. Our perseverance, hope and trust develop our "spirit being" and character. Therefore, the Lord has taught us to simply pray, "Give us this day our daily bread."

We have today. Tomorrow is not promised. May we in wisdom seek the Lord's bread daily. Knowing that His sustenance is enough.

Until next Wednesday,
In Faith, Hope and Perseverance,
Pastor Chris
www.shepastorchris.org
Posted by Chris at 12:07 PM No comments: